KL Rahul is an Indian cricket player. Rahul has played 144 matches for India and scored 8,101 runs, including 14 centuries and 39 half centuries. Rahul is a right-hand batsman and generally opens the innings for India.

His love for cricket began when he was ten years old and started practising his batting skills when he was 11 at St Aloysius College Centenary Grounds in Mangalore Central and also at Nehru Maidan. At the age of 12, he started playing matches for both his club in Mangalore and Bangalore United Cricket Club. Rahul was raised in Mangalore, but he moved to Bangalore at 17 to focus on his cricket career and study at Jain University.

Rahul used to play various Under-14 and Under-16 matches for the Karnataka team, and when he was 17, he started practising at (KSCA) Karnataka State Cricket Academy. The following year, Rahul made his Ranji Trophy debut playing for Karnataka in the season of 2010-11. He also played for India in the 2010 ICC U-19 Cricket World Cup and scored only 143 runs in the tournament. Royal Challengers Bangalore bought KL Rahul to play for their team in the 2013 IPL. Rahul played only 5 matches that season and scored a mere 20 runs. During the 2013-14 season of the Ranji Trophy, Rahul became the leading run-getter of the season, with 1,033 runs.

He impressed everyone with his performance in the final of the 2014-15 Duleep Trophy, where he scored 185 and 130 in both of his innings playing for South Zone against Central Zone. This led to him getting selected for the Indian team. In the 2014-15 Ranji Trophy, Rahul became the first triple centurion from Karnataka and took his team to the finals, in which he scored 188 runs. Up till now, Rahul had led two IPL teams, Punjab Kings XI and Lucknow Super Giants, and had an illustrious IPL career, scoring 3,889 runs in 109 matches, including 4 centuries and 31 half centuries. He has also played 89 First Class matches and scored 6,444 runs at an average of over 45.

KL Rahul made his debut against Australia on 26 December 2014, in a Boxing Day Test. He performed poorly in both of the innings, scoring only  3 and 1. In the next match, he shined and scored his first Test century. Being unable to play in Bangladesh Tour in 2015 due to dengue fever, he made his comeback in the West Indies Tour and scored his second Test century. On 11 June 2016, he went on to play his first international ODI match against Zimbabwe and scored an unbeaten century on his debut, becoming the only Indian to do so. He was named the man of the series in his first ODI series. On 18 June 2016, he made his T20I debut on the same tour. On the West Indies Tour, Rahul registered his highest Test score, 158, and also scored his first and the fastest T20I ton by an Indian. He also made the record for most consecutive fifties in Test matches, with seven fifties in 2017. And in July 2018, he made his second T20I century against England.

After being suspended by the BCCI for making controversial comments at the Koffee with Karan show, Rahul was selected to be part of the Indian squad for the 2019 Cricket World Cup. He finished the tournament with 361 runs, including one century and two half-centuries, and also became the third-highest run scorer for the Indian team in that tournament. On the India-New Zealand T20I series, Rahul was adjudged man of the series for scoring over 200 runs at an average of above 50. In the ODI series against New Zealand, he scored a half-century and a century in the first and third match, respectively. He was the vice-captain for the series against Australia in October 2020. Following an injury, he couldn’t play in the test matches against Australia and England. He made his return in the ODI and T20I series against England, where he scored a fifty and century. In the England Tour, Rahul scored 315 runs in 4 Test matches, including one century. In September 2021, Rahul played in the ICC Men’s T20 World Cup and was the leading run scorer for India, scoring 194 runs.

In December 2021, Rahul was the vice-captain for the first test match against South Africa and scored a century in the first innings. And in the second match, he was appointed as the captain of the team. Though he scored a century, he could not lead his team to victory. He also captained the side in the ODI series, but India suffered a 3-0 loss to South Africa. In February 2022, playing against the West Indies in the second ODI match of the series, Rahul scored 49 runs but got an upper left hamstring strain and could not play the remaining matches in the series. After a series of injuries and a hernia surgery, he made his comeback in the recent Zimbabwe series held in August of this year. He captained the Indian side and lead them to victory. Although he scored only 31 runs in the three ODI matches, India defeated Zimbabwe 3-0.

With a return to the Indian side, KL Rahul will be looking to try and make an impact in the Asia Cup, which is occurring in his favourite format, T20s. And after another terrific IPL season of 600+ runs, Raul will be an instant pick for the Indian squad in the upcoming ICC Men’s T20 World Cup in Australia. Watching the cricketing video is a good idea to get the best insights about this player.

Checkout our videos to get the latest useful information about winning betting tips,

Know all about cricket betting and updates at CBTF betting. Get the updated expert betting tips at https://cricketbettingtipsfree.com/ 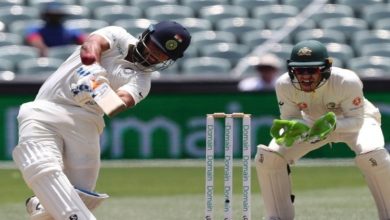 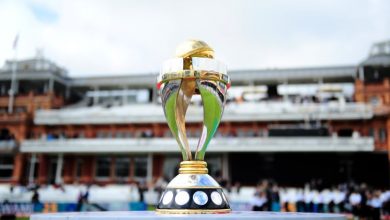 Want To Know About The Best 5 LEFT-HANDED BATSMEN? Read This 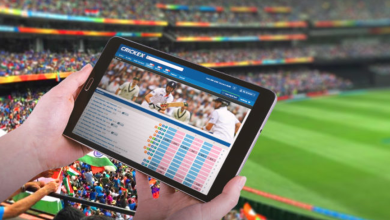