Have you ever wished to walk on water? Kitesurfing is among the closest we’ve got to defying gravity against the ocean’s tides. This sport teaches you how to ride waves and pushes you to the limits of extreme sports. Wave riders and wind speed fanatics alike are drawn to this sport.

India’s vast coastline, particularly the east coast, gets strong and consistent winds all year round, making it one of the best places in the world for kitesurfing. As this sport takes root in India, an increasing number of individuals are becoming interested in it.

India has a vast coastline and benefits from trade winds on 3 sides because it is a peninsula. India’s kite sites may be separated into two: the east and the west coasts. The strongest winds are located near India’s east coast, especially the island of Rameswaram, which is only 30 kilometers from Sri Lanka.

From June to September, the venturi between the 2 countries provides some wild wind, ranging from 25 – 35 knots. The skies and the ocean are blue because it does not rain from June to September. Thermal wind cycles and the southwest trade winds, which bring rain, are important to India’s west coast. 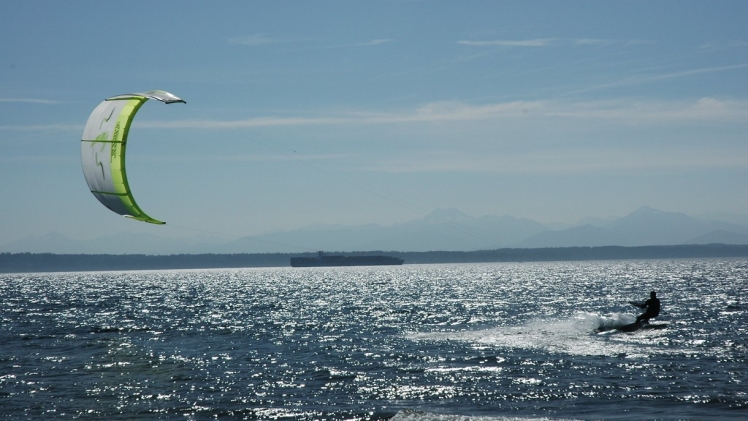 The best months for wind in Goa are often from February to May, and that’s when you may finish a Level 1,2, or 3 course. Light winds prevail during the months of October to January, and you can complete a basic level 1 course at best. Keep this in mind while making your course arrangements.

Philippe Dartnell was born & raised in India and is the founder & pioneer of Kitesurfing Goa, which was formerly known as Yogi Kiting. He started his career in 2001 in the United Kingdom, where he spent many years teaching power kiting and kite landboarding. Philippe returned to Goa in 2006 to open Yogi Kiting on Morjim Beach, India’s first kite school, and to become an International Kiteboarding Organisation (IKO) Instructor.

North Goa, especially Morjim Beach, has become a massive global kite destination, and Kitesurfing Goa is India’s leading school, garnering students from all around the world. Philippe has trained approximately 100 students and kiteboarded throughout India, the Mediterranean, the Caribbean, and the United Kingdom. He is enthusiastic about teaching and developing the sport, and feels that everyone can participate if they have the determination and desire.

Quest Adventure Sports Academy, located on India’s east coast on the island of Rameswaram, provides one of the best kitesurfing schools in the country. The academy runs Kathadi North, a guesthouse with luxurious cottages for guests looking for a relaxing kiteboarding vacation, as well as mixed dormitories and camping tents for budget-conscious adventurers.

Kitesurfing tours in India are also available, as well as gear rentals for experienced and qualified kite surfers. To complement your time on the water, the academy also offers classes in other recreational sports such as kayaking, stand-up paddle, scuba diving, sailing, and windsurfing.

Kiteguru is a Goa-based kitesurfing and SUP center. From November to March, they provide kiteboarding, SUP, and surf courses, as well as dolphin viewing tours. They are blessed to have an incredible location, modern equipment, excellent instructors, and access to the River Side Hotel in Mandrem, where their center is located.

Their kiteboarding school is a full member of the International Kitesurfing Organization (IKO), which promotes the highest levels of safety and instruction. All of their instructors are IKO certified and trained. They are Cabrinha and JP dealers with a wide range of the latest equipment.

Unique Christmas Gift Ideas for Your Friends and Family

How to create a wedding slideshow? – A Simple Guide

How to Build a Cheap Outdoor Kitchen

Things to Know About the Theme in Online Slots

Does iTop VPN Sell Your Data?

Most Important Things about ED Medication

The Importance of Furnace Repair by HVAC Services