The dictionary of some of the most used terms in My Little Pony games!

If you or your little daughter has just started playing My Little Pony games, featuring some of the most adorable & popular animated characters in the world, there most certainly are some terms that need to be properly explained, in order to fully understand the universe of these cute multicolored ponies. This is why, in this article, with a little help from our friends at Games-Kids.com, we’ve prepared a list or, better said, even a dictionary of the most used words & names only in these games. Without further ado, here it is:

Equestria – the main setting of My Little Pony games & series, where all the magic takes place; this kingdom is inhabited not only by the lovely main characters, but also by griffons, dragons, etc.; as you can see, everything is imaginary in this world, stimulating children’s creativity, in a pleasant, interactive, and harmless way, from the earliest ages;

Ponyville – it can be called the most important city of Equestria, where all the leading characters live; this is where most of the episodes & levels of My Little Pony games take place, so you or your children will become familiar with it right away; setting the action only in one place is great because it helps children take “benchmarks”, which they can then use in the real world;

Canterlot – although it sounds like Camelot, the castle & court associated with King Arthur, this is a much colorful place; actually, it refers to another city inhabited by ponies, the most important being Twilight Sparkle (it’s where she studies magic); since Canterlot hosts the royal castle, it can be considered the capital of Equestria, even though Ponyville is more important; 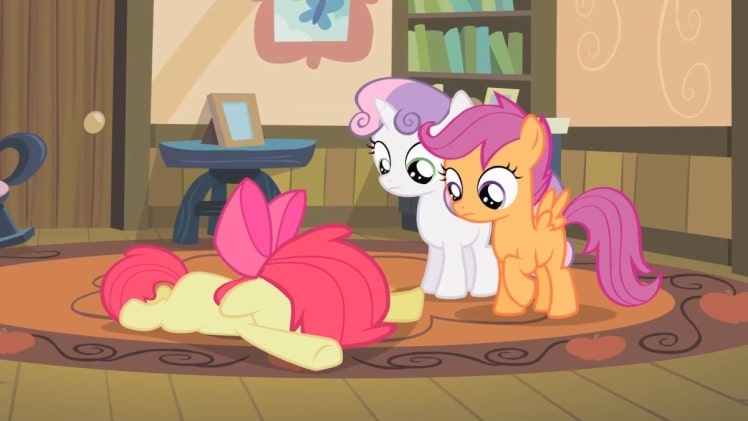 The Evertree Forest – this is the forest surrounding Ponyville, where numerous creatures & animals live and where plants thrive without pony intervention; this is why they consider this place “mysterious & unnatural” and you will see that the most difficult levels in My Little Pony games will be played here;

Manehattan – sounding very similar to the most famous borough in New York City, Manehattan is a metropolitan city where a lot of important characters from the series live: Apple Bloom’s cousin, Applejack’s aunt & uncle, the party planner Cheese Sandwich, and the pop singer Coloratura; the Statue of Liberty is replicated with a pony instead of a woman;

MMMM – this common abbreviation in My Little Pony games & series refers to the Marzipan Mascarpone Meringue Madness, one of the signature recipes of Mr. Carrot Cake & Mrs. Cup Cake, two Earth ponies who own a bakery and confectionary; we can ensure you that this dish tastes as good as it sounds if you ever try to replicate it and thus create a “bridge” between the virtual and the real world.

In conclusion, now that you know these terms, the whole MLP (My Little Pony) experience will seem much more familiar & easier to fully understand. Good luck in trying to pass all the levels as quickly as possible & finish all the games!

Witness the greatest rivalry of the game LIVE on YuppTV