Georges Seurat was a renowned French painter who embodied the ”Neo-Impressionist” technique in his paintings. His artworks reflected his artistic tendencies to combine quasi- scientific elements of color and form. The techniques used by Seurat in his artworks were avant-garde as he believed in the expressive effects of every stroke of paint.

His style is called Pointillism, which uses dots of colored paint and darker tones to render the image on the canvas. This technique was directly inspired by the contemporary advances in optics and the perception of colors, which gave Seurat’sSeurat’s work a swirling effect!

However, certain parts of Seurat’s painting process are not well known, even among scholars, especially in the area of color theory. This article is intended to fill this gap by describing some of these techniques in more detail, emphasizing how Seurat utilized color theory principles.

Seurat created this phenomenal artwork by intricately blending traditional and modern elements, imbued in form and expression. This landscape painting on canvas features the French town of Seine with industrial factories in the background at a distance.

The picture embodies the Neo-Impressionist style of Seurat, where working-class people are portrayed meticulously enjoying their leisure time by the sea. The skill with which this scene is portrayed astounds the viewer regarding the brilliance of George Seurat painter.

Another critical aspect of the drawing is the sharp yet vivid contrast of working-class people with the bourgeoisie painted in the background on a boat. The class difference of these workers is depicted by their clothes and accessories like boots, hats, etc. 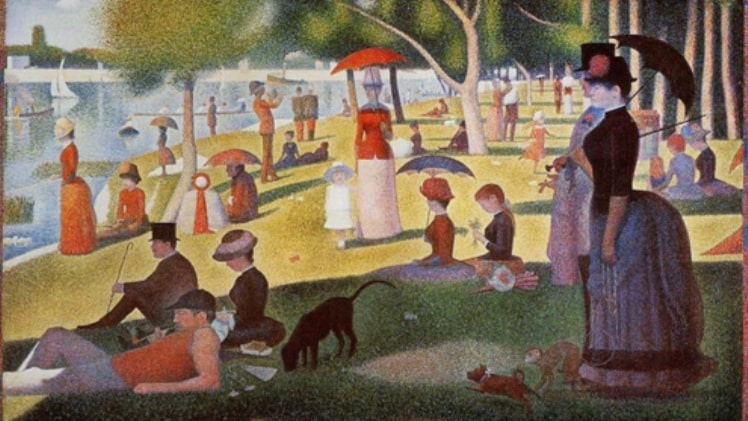 ”Sunday Afternoon on the Island La Grande Jatte” is considered one of the luminary works of Seurat. It was unveiled as one of the central attraction pieces in the eighth Impressionist exhibition of 1884. It was a culmination of two years of hard work by Seurat, who spent the most time in the park sketching and preparing the painting.

The painting captures people from the various sections of Parisian society in a leisurely mood on the island, identical to the title of the painting. What’s more; this masterpiece by Seurat is known as the foremost experiment in the practice of Pointillism which uses individual color dots to create a semblance of a picture. 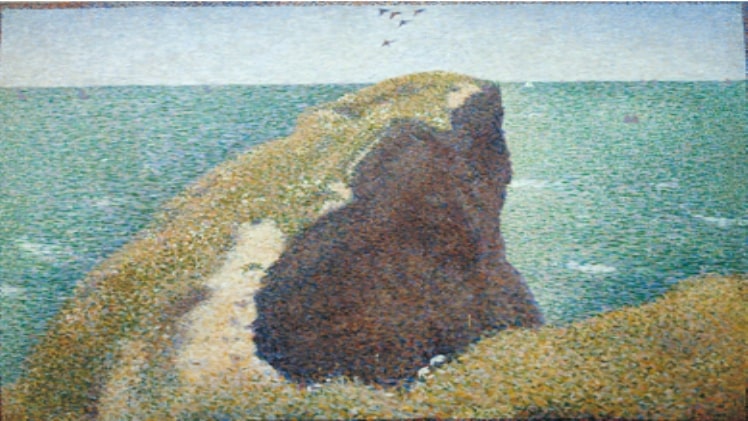 Le Bec du Hoc is another one of Georges Seurat artworks which he painted at Grandcamp in Normandy. He painted this geological marvel in his trademark style of Pointillism and divisionism, where he assigns different colors to individual elements of nature. He wrote to his peer, Paul Signac, about his painting expedition in 1885, saying he was “drunk on light.”

This painting conveys precisely what he might have meant from the expression. The rendition of the sea on the canvas is noteworthy in the context as it has a luminous quality to it, with touches of white, gray, and blue tones creating the glistening effect.

The painting has luminous qualities. However, he manages to balance it out with the warm tones of the sand and grass. The orange-to-red color changes as one moves through the frame in the painting. It’s as if a slice of the sky were reflected in the grass.

”The Models” was composed as a retort to the criticism he received for the relentless use of Pointillism. In this painting, he appears to be celebrating his successful integration of complex, naturalistic elements, which lays testimony to his masterful technique.

The inclusion of ”A Sunday Afternoon on La Grande Jatte” in the background is a veiled reference to criticism faced by Seurat for his earlier work. The viewers can see a well-formulated comparison between clothed individuals and nude figures. The identity of the three women in the picture is believed to be the epitome of three Goddesses from Greek mythology representing grace, charm, and beauty.

This painting is an example of the first nocturnal creation by Seurat that depicts a ringmaster and musicians in the background. The viewers can also see many people in the crowd probably queuing for tickets to the show.

The scene presented in the painting seems to be a part of a larger gambit by the circus troupe to attract many people to purchase the tickets. The central place in the picture is occupied by a trombonist, accompanied by musicians in the background.

Seurat’s paintings are striking in their subtle color and composition, making them some of the most memorable examples of Pointillism. His multi-lateral approach to combining scientific instruments with optical devices established him as a painter of repute. Through Pointillism, he manifested his artistic tendencies by using tiny dot-like strokes and created works of an unparalleled enigma.

At the same time, the viewers felt connected with his works since they were based on themes from common parlance, which aroused the curiosity of individuals. Seurat’sSeurat’s unique painting techniques resonated with everyone alike and ensnared the viewers with their charming subject matters. 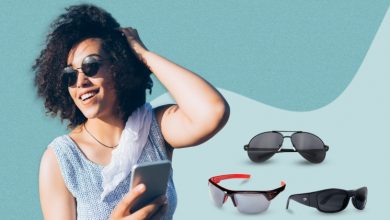 Polarised Sunglasses: The Stylish Way To Keep Your Eyes Safe 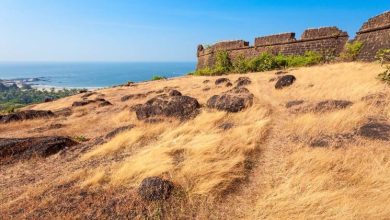 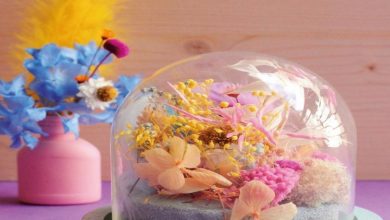 Trends of floral decoration in 2020!