Removable devices are highly popular nowadays as they provide a quick and convenient way to access and transfer data on the go. There are a variety of removable devices available, such as portable SSDs, card readers, USB flash devices, and removable CDs, to name a few. Removable media, while bringing portability and convenience to users, also come with a lot of security risks.

Some of the common security risks associated with these devices include

These risks put organizations at the risk of financial and reputational losses. So, one must be extremely careful while using removable media. You can use the following security checklist to ensure the safety of your enterprise while using them.

1. Install An Antivirus Software on Your Computer

Having advanced antivirus software across all the computers in the organization is a must. You can use them to scan, detect, and remove viruses and malware from the removable media and avoid any security breach. Make sure that you keep the antivirus updated on a regular basis as new viruses and malware crop up each day.

2. Use Residential Proxies When Connected to the Internet

Viruses and malware on removable media can also be used to gain network access and carry out cyberattacks. Residential proxies from Blazing SEO can prove beneficial in mitigating this threat. For instance, residential proxies can be used to hide the organization’s identity, which reduces the risk of cyberattacks. Criminals won’t be able to detect if the removable media is connected to the organization’s network. It will show connections coming from individual residences. Additionally, they provide better security and network speeds when compared to shared proxies.

3. Use Strong Passwords and Keep Changing Them

If possible, removable media should always be password-protected. Use a strong password that has a combination of alphabets, numbers, and special characters. Never keep an obvious or easy password. Additionally, apply new passwords every time the data on the removable media is accessed. Never disclose the password to anyone, ever. Lastly, change the passwords ASAP if you think they are compromised.

Autorun and autoplay features enable programs and media to run automatically when removable media is inserted into the computer. However, sometimes they can prove to be a liability rather than an asset. For example, malware and viruses disguised as executable and media files can automatically run on the computer when a removable media is inserted. This makes it easier for hackers to install malicious programs on the computer and compromise them. Thus, such features should be disabled to ensure your computer network’s safety.

5. Delete Data on the Device ASAP

Keeping sensitive data on the removable media increases the security risk and chances of it getting compromised. Thus, make sure to delete the data once it has been transferred from the device to the computer or is no longer useful. It is advisable to use file shredding software to delete the data rather than just using the regular delete function available on computers. With the regular delete function, data can be recovered and accessed even after it is deleted.

Encryption adds an extra security layer to the data, making it more difficult to be accessed by an unauthorized person. The encrypted data can only be accessed after decryption, which requires a confidential password or key known to only the encryptor. There are various tools, like FileVault and Bitlocker, that are available online that can help with data encryption and protect it.

If you happen to find an unknown removable device in your office premises, most likely, it is planted there with malicious intent. Once you plug it into your enterprise’s computer, it can harm the computer or jeopardize your entire computer network through viruses, malware, or spyware. Thus, plug only trusted devices into your system and refrain from connecting any random, unknown device.

9. Have Multiple Backups of the Data

Sometimes the security threat is not from an external source but is rather internal. For example, removable media is often prone to software corruption and hardware failures. This can erase all the data on the device. Similarly, the device can also get stolen, misplaced, or lost. Therefore, one should always have multiple copies of the data to ensure that there is nothing to worry about, even if the removable media has hardware and software issues or it gets misplaced or stolen.

10. Discourage the Use of Removable Media

For example, have policies in place that require permission from multiple personnel for using removable media. Similarly, have the device tested on a sandbox environment to check for malicious activity. Allow it to be used on the organization’s network only after it passes the tests. Additionally, you can also configure the computers not to run removable media and send an alert to a higher authority if some employee tries to do so.

Removable media has become an integral part of today’s society, bringing portability and convenience much needed in this fast-paced, digital world. Organizations, however, must also be cognizant of the security threats that accompany these devices. So, make sure to follow the security steps mentioned earlier to keep the organization’s data safe and avoid any unwanted consequences.

MONEY-SAVING TIPS: HOW TO CUT DOWN MONTHLY COST 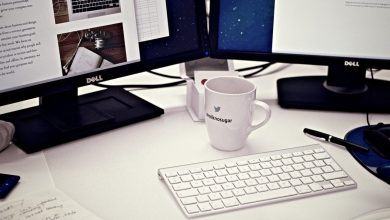 Efficient Conversion Of Word To PDF In Just A Minute 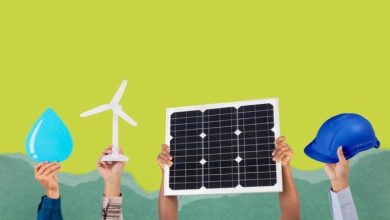