The answers to how to solve the erection problem will be given in detail on this page. The erection process can be activated when men encounter a sexual stimulus. In this biological process, which begins with the relaxation of the muscle layer of the penis, the blood flow in the vessels of the penis increases, and the spaces inside are filled with blood. With the increase in the fullness of the spaces, the penis becomes hard and becomes an erection.

Sexual dysfunction, called erectile dysfunction (erection problem), can be defined as the inability to maintain an erection to initiate or maintain sexual intercourse. Different applications can be used to treat this condition, which may occur due to a problem occurring at any stage of the erection process.

What are the Treatment Steps for Erection Problem (Erectile Dysfunction)?

Erectile dysfunction treatment may vary depending on the underlying mechanism of this problem:

How to Solve Erection Problems with Sildenafil and Tadalafil?

Sildenafil and Tadalafil are drugs in the phosphodiesterase five inhibitor group used in the first-line treatment of erectile dysfunction. The mechanism of action is generally the expansion of the vessels that provide blood flow to the spaces in the penis. These drugs have high efficacy, and overall success rates are approximately 76% (2-page 24 in pub reader full-screen 2-page viewing mode).

How to Solve Erection Problems with External Vacuum Devices?

Vacuum devices are another non-surgical treatment method in the treatment of erectile dysfunction. These devices, placed outside the penis, create negative pressure with the vacuum method; thus, blood can be filled into the penile cavity. To maintain the erection initiated by the vacuum, the base of the penis is wrapped with tape, and the stiffness is maintained for an average of 30 minutes. Individual satisfaction may not be achieved at the desired level in these devices, which have a success rate of approximately 70-80% (page 26 in pub reader full-screen 2-page viewing mode).

How to Solve Erection Problems with Shock Wave Therapy?

Erectile dysfunction treatment with low-intensity shock waves is a method that has not yet been agreed upon. This method, which is not currently included in the primary treatment steps in the general guidelines, aims to support the vascular structures in this region by shocking the penile tissue and encouraging the formation of new vessels. 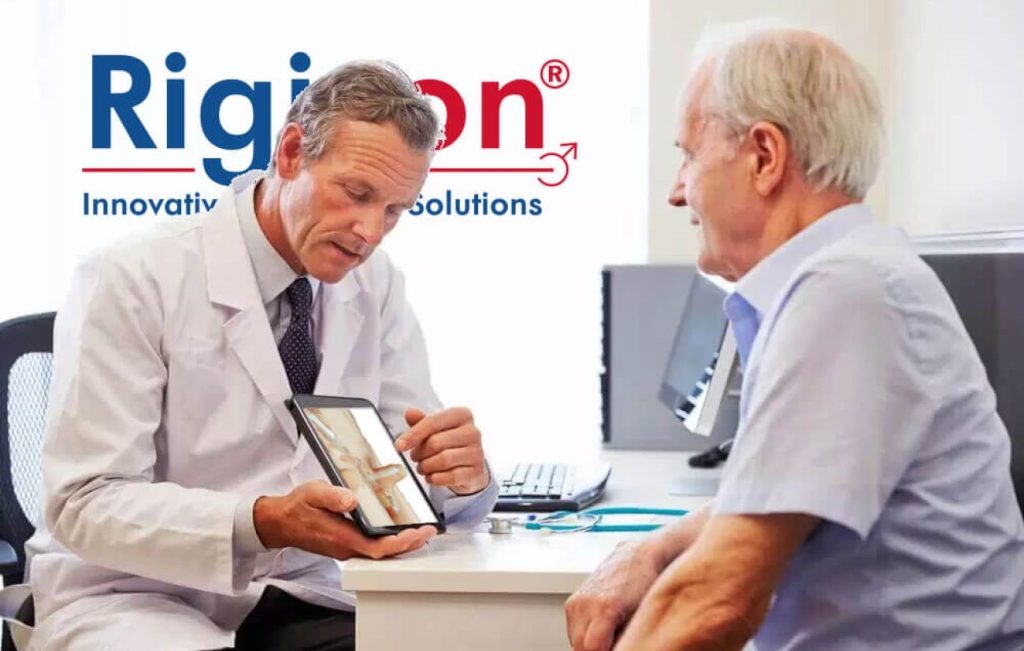 Penile prostheses placed with a surgical procedure are used in the third step in the treatment of erectile dysfunction in cases where other treatment methods cannot be applied, or there is no response from these treatments. This treatment method, which is applied to health institutions after the application with the complaint of erectile dysfunction, if the physicians deem it appropriate, can be performed using two different devices:

It constitutes the most frequently used device within the scope of an inflatable penile prosthesis. treatment. Inflatable penile prostheses, which can be three or two-piece, are activated before sexual intercourse and provide an erection; then, the penis can be put back into a loose state at any time. Three-piece penile prostheses consist of a pump, a fluid reservoir, and two interlocking cylinders. The pump is connected to the liquid reservoir using a tube. In the surgical procedure of these implants, the fluid reservoir is placed in the lower abdomen, the pump is placed in the loose skin where the two testicles meet, and the cylindrical structure is placed in the penis. People can activate the pump in the testis whenever they want, allowing the liquid to pass into the penis and thus create an erection. To end the erection, it is sufficient to squeeze the pump again; therefore, the liquid in the cylinders returns to the chamber. The success rate of achieving an erection with a penile prosthesis. is approximately 89-97% (9 – page 38). Penile prostheses are not visible from the outside.

Erectile dysfunction is a common condition nowadays; therefore, scientists have investigated how to solve the erection problem for a long time. Usually, due to sexual stimulation, blood flow occurs to the channels called corpus cavernosum in the penis, and thus, an erection occurs. However, as a result of some diseases, this state of hardening does not occur at all, or even if there is an erection, it cannot be maintained sufficiently. This condition is known as erectile dysfunction. Erectile dysfunction is not a disease but a complaint due to various diseases or medical conditions such as trauma. Due to its high frequency, treatment options are the subject of constant research. Today, although drugs that help erectile dysfunction are used in the first-line treatment, they do not have a success rate. Non-surgical methods such as penile injection and vacuum devices are not always successful. In this case, penile prostheses, also known as penile prostheses, are implanted into the corpus cavernosum channels in the penis, thus providing a permanent solution to erectile dysfunction.10

How to Solve Erection Problems with One-Piece Penile Prosthesis?

Thanks to its flexible structure, the one-piece (malleable) penile prosthesis are placed in the corpus cavernosum channels with a short operation. Those who wonder how to solve the problem of erection with a one-piece penile prosthesis should consult a urology physician who is an expert in the field. During the surgery, two one-piece prostheses are implanted into the penis. These bars can be easily hidden in underwear thanks to their high bending angle. These prostheses, which cannot be noticed from the outside, are also practical and easy to use. It is possible to make the prostheses upright and harden by hand. The one-piece penile prosthesis, a type of prosthesis that has been used for more than 40 years, also has varieties that come with a hydrophilic coating today. The hydrophilic coating helps the prosthesis to fit fully into the canals during surgery. It also prevents bacteria from adhering to the prosthesis and multiplying. In this way, it reduces the risk of infection around the prosthesis during or after surgery. Hydrophilic-coated prostheses, which also have antibiotic-absorbent properties, contribute to more successful antibiotic therapy in case of infection.11

How to Solve Erection Problems with Three-Piece Inflatable Penile Prosthesis?

Inflatable three-piece penile prosthesis; It consists of the pump, reservoir, and cylinder parts. These parts are connected by the tube system and work according to the hydraulic principle. By inflating the pump placed in the testis several times, the liquid in the reservoir in the abdomen fills into the cylindrical parts and creates semi or complete hardening. The question of how to solve the erection problem with three-piece prostheses that offer a high satisfaction rate in individuals with erectile dysfunction and their partners is frequently asked by urology physicians. Since these prostheses are inflatable, they offer the most natural hardening opportunity. At the same time, the constant feeling of hardness in one-piece prostheses is not found in these prostheses. If it is not used, it is possible to terminate the curing by pressing the lowering button on the pump. These prostheses also come with a hydrophilic coating, minimizing the risk of infection.12, some varieties expand only transversely by the anatomical structure and types that expand both transversely and longitudinally.13 Narrow-diameter, inflatable three-piece penile produced for those with a narrow corpus cavernosum structure. Prostheses are also used today.14  For more information, you can visit rigicon.com and get information.

Sports sections and clubs for girls