Despite a one-year delay due to the coronavirus pandemic, the Euro 2020 is set to begin by June 11th and end on July 13th, 2021.  Just like any other competition, there can only be one winner when the final is played in Wembley Stadium, London. But amid many contenders, pretenders, favorites, dark horses, and also-ran, the question that bookmakers and bettors keep asking is who should they bet on?

The answer might not be that simple, but a quick check at the Skrill Sports Betting site would give you an idea of the odds on which you can bet. But before you do that, check out the National teams you should look out for and why you may want to bet on any of them.

Though the France National team is still reigning World champion, having won the World Cup in 2018, beating Croatia in the final, England has been touted by many pundits as the most favorite to win this year Euro 2020 (don’t mind the fact that the tournament will hold in 2021, with no specific country as the hosting team).

The Gareth Southgate team possesses some of the finest and young players in the game, many of which won the Champions League with Liverpool and Chelsea in 2019 and 2021 respectively. Plus the Harry Kane factor, who is now in the best form of his career.

The reigning World Cup champion is arguable the best team of the tournament. Aside from the individual brilliance of their players, they also boast stars that are in the prime time of their careers, including the enigmatic N’golo Kante, Paul Pogba, Antonio Griezmann, Kylian Mbappe, Karim Benzema, the list is mouth-watering.

Didier Deschamps would be relishing repeating the 1998 & 2000 French victory of both World Cup and Euro. And who says history doesn’t repeat itself? France only needs to keep calm and boss it.

The era of Belgium’s Golden generation is coming to an end, with no trophy to show for it. The likes of Eden Hazard, Kevin De Bruyne, Romelu Lukaku, and the likes, will be nearing their 30s by the time the next World Cup comes in 2022.

To avoid unnecessary pressure from a failed generation and to boost their confidence going to the biggest National Football competition, the Red Devils must show why they are the best of their generation, not just as an individual player, but as a team.

While there might be an argument about the competency of Roberto Martinez in guiding them to the needed cup victory, the talent of the team should be enough for them while the coaching prowess should just be icing on the cake. Belgium needs to show itself.

While Germany’s performance in recent years may not be encouraging, the Die Mannschaft has shown in their footballing history that they are not pushovers. The three-time Euro winners are being led by their ever-present coach, Joachim Low, who will be departing after the end of the tournament and this may be his best chance to have a nice sent forth party.

The German football national team has a mix of experience and young players they can rely on should they decided to rise to the occasion. The likes of current UEFA champion’s league winners, Kai Havertz, Timo Werner, and Rudiger, including finalist, Ikay Gundogan, and other interesting players plying their trades in Bayern Munich and Bundesliga as a whole.

The last defending Euro Champion is still a force to reckon with. Despite their poor showing at the last World Cup in 2018, and the age catching up their captain and talisman, Cristiano Ronaldo, Portugal still boasts some amazing players who can team up fluently to wreak havoc on any team in this tournament.

Ruben Dias, Joao Cancelo, Bernardo Silva, and Diogo Jota are some of the talents to look out for. Though, they are in the group of death requiring them to. play against France, Germany, and Hungary.

Though some may consider them as favorites. But since the aftermath of the Xavi and Iniesta era, the La Furia Roja has not done much on the international stage. Having won two out of the last three Euro competition titles, both in 2008 and 2012, and it is hard to push them behind in this tournament.

Also since they are blessed with a favorable group, this could be their year to claim dominance again at the international scene.

Just like many of the teams on this list, the Dutch national football team has not done anything spectacular on the international stage. The last time they came close was during the South Africa 2010 World Cup when they were narrowly beaten in the final by the Spanish national side.

However, despite their failure to qualify for Euro 2016 and Russia 2018 World Cup, that doesn’t diminish their team of amazing talents, with Virgil van Dijk leading the line, this might just be their year.

The Polskie Orly otherwise known as the Polish Eagles might not be a footballing nation with rich history, but what the lack in the record, they possess in Robert Lewandowski. The Bauer Munich superstar is presently on a rampage in terms of goals. The Polish goal machine will be hoping to break records and carve out history for his country.

No doubt he has capable of delivering, especially if he can continue from where he stops at the end of the Bundesliga season.

Though the winner of Euro 2020 ( again, forget the fact that it is being played in 2021) can’t be determined by the bookmaker’s odds alone, most of the time they reflect the whole picture of the outcome. While we expect upsets and domination from various matches and teams, you can check this link to follow the live games when the tournament finally begins. You can’t afford to miss it. 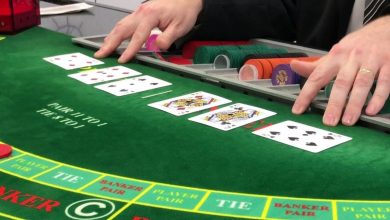 How Productive Is The Bao Jin Jong Baccarat Pantip Online?

Online Baccarat: Tips on How to Increase the Odds of Winning 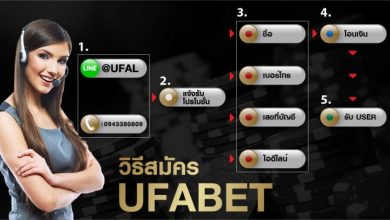