When life is on a repetitive un-eventful cycle, it tends to get dreadfully dull, and sometimes, a little stunt can help give you the necessary adrenaline that you know you need. The riskier the stunt, the more adrenaline rush, and ultimately, the more exciting the whole experience will be for you.

People tend to enjoy speed for the same reasons, and to some extent, the forbidden drugs tend to give the same feeling of risk and adrenaline, making more people susceptible to try out drugs in the first place. Unfortunately for us, the risk doesn’t always turn out in our favor, and sometimes it may end up costing your life.

You might go racing your car, but you will go with the knowledge that some before you have lost their lives doing the same. Here are some of the stunts that have grown to be popular and that can cost you your life:

With over 1.25 million people dying in road accidents every year, it’s safe to say that reckless driving is one of the riskiest stunts out there. Traveling at a greater sped requires a much faster response time and can lead to more significant injuries due to more powerful collisions.

If your lucky reckless driving can cost you a fine and ticket; however, if you continue the stunts, you are at significant risk of getting yourself and people around you hurt from excessive speed and failing to follow road laws.

Reckless driving is when you ignore these laws deliberately, and then there is racing down the road, which poses a threat to not just you but pedestrians and other drivers around you as well.

In many places engaging in excessive reckless driving can lead to a loss of your license, and if it is a continued offense, you might even have your license permanently revoked.

With other effects like increased insurance premiums, difficulty acquiring positions that include motor vehicles, this kind of stunt is a risk to your economic condition.

Taking too many prescription medications:

You might have one of those days when you fall sick and just want to get over with it. Not everyone has the luxury to take a few days off and give their bodies the time that it needs to heal up.

The easy way out in this scenario is to take strong enough medication to do the job overnight. People can grow paranoid and sometimes overdose on multiple medications that are not necessarily safe to take simultaneously.

Medicines are biochemical compounds that react with your body, and they are tested to know what reaction they have on your body, thus being reliable and healthy enough to intake.

However, when multiple medications are taken together, they tend to react and sometimes cause an undesirable reaction in your body.

Taking more than 5 medications at the same time is termed polypharmacy. In some cases, there can be severe harmful effects, drug interaction, and even hospitalization when you take in more medications. It’s better to intake one medicine at a time and preferably one prescribed for your particular condition.

This is a rather odd one in the list, and you might question its place here, too, but public pranks have many times before proven to be more dangerous than humorous.

From giving people a scare while they’re on the stairs to messing with the wrong people, there has been more than one kind of prank that hasn’t gotten a laugh out of the audience.

While a bit of humor wouldn’t always hurt anyone, it’s probably best to consider the situation, people, and risks of a prank before going on and doing the prank. Sometimes these pranks may be dangerous to you; other times, reckless pranks like these might cost someone else’s life.

You’ve heard all about drug addiction and how it can cause death, and on the flip side, you’ve probably been convinced to take a few shots of a drug for “fun,” too.

People tend to think that recreational drugs or drugs that are taken for fun don’t necessarily hurt your health or don’t pose any risk at all.

Depending on the kind of drug you are taking, you will have different kinds of side effects. Depressants tend to slow down your central nervous functions, and therefore your response time is significantly reduced.

To daily tasks like driving, this is definitely a threat. You could get into accidents and end up harming yourself and others. In more significant amounts, they tend to cause vomiting, unconsciousness, and sometimes death. Hallucinogens are drugs that have the effect of distorting reality; you may see or hear things that are not really there. The adverse psychological effects include panic, paranoia, and nausea. Lastly, there are stimulants.

These drugs will increase the brain messaging to and from your brain, making you feel more alert and confident. However, this kind of drug can cause sleeplessness, agitation, increased body temperature, increased heart rate and blood pressure, and reduced appetite.

These drugs can also cause seizures, paranoia, panic, anxiety, and stomach cramps in large amounts. Moreover, many drugs are illegal and thus pose legal and economic issues for you as well.

When you’re young and wild, warnings against these stunts maybe a little more than nagging to you. Many young adults don’t realize that there are better means to the euphoric or adrenaline rush feeling than stunts that have a high-risk ratio.

You can enjoy things that are more natural and still manage to give you that necessary thrill that you seek; scuba diving, parachuting and paragliding, swimming, and ziplining are only some of these. If you have grown to enjoy any one of these risky activities, then perhaps try to replace it with less risk. 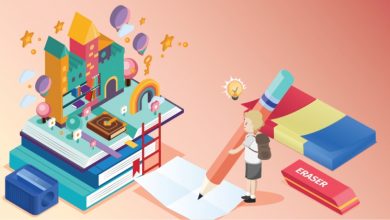 Writing service that gives you the most straightforward writing skills 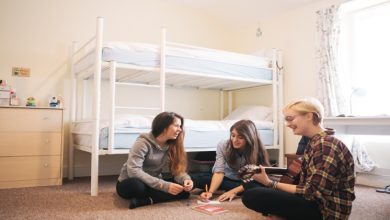 Advantages and Disadvantages of Attending a Boarding School 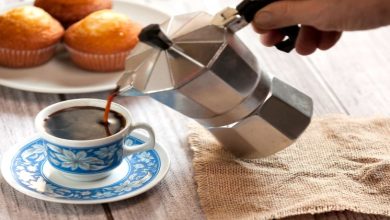 Apps for students to boost their productivity