The attitude of governments and regulatory authorities towards Bitcoin varies globally. While some countries are embracing Bitcoin with open arms, others have taken a rigid stand against it. We have listed below the nations that are considered Bitcoin-friendly the most regarding their policy and tax frameworks.

Japan: Japan tops the list of countries, and the very first Bitcoin exchange in the world was founded in Tokyo. Regarding the legalization, adoption, and integration of Bitcoin, Japan is setting an example and is counted among one of the first nations which legalized Bitcoin as a legal tender. Also, Japan’s landmark legal and regulatory framework promising enhanced operational safety for more than 32 cryptocurrency exchanges set the country apart.

Switzerland: Switzerland has carved a place for itself by emerging as one of the world’s safe tax havens. The country is quite open in adopting the crypto revolution, and one of its towns, Zug, has got the nickname “Crypto Valley ” owing to the facilities it offers to crypto organizations. You will be surprised to know that even utility bills such as electricity bills can be paid with the help of Bitcoin in Zug. The country has passed trading rules related to cryptocurrencies in 2020 in addition to having separate tax regulations related to Bitcoin’s earnings. Further, the banking sector of the country has many financial products corresponding to Bitcoin and other cryptocurrencies.

Netherland: According to a survey in 2019, Amsterdam, the capital of the Netherland, is the third most Bitcoin-friendly city in the world. The adoption rate of Bitcoin and cryptocurrencies among Dutch people is relatively high, and even eminent personalities in the country have shown sufficient interest in Bitcoin. The government’s enthusiasm, specifically towards the blockchain project, is amply visible on more than one occasion. Netherland has been working in the direction of regulating cryptocurrencies and legalizing their status for ushering in a safer and evolved crypto era in the country.

Slovenia: In terms of per capita GDP, Slovenia is the wealthiest Slavic nation and uses the Euro as its official currency. Thanks to the rich hydroelectric power sources and competitive cloud mining capabilities, the country is quite attractive for bitcoin and cryptocurrency exchanges. For instance, Bitstamp (which is an international cryptocurrency exchange) was founded in 2011 in Slovenia. There is no tax on Bitcoin trading in the country; however, if one purchases Bitcoin as a part of the business, he/she is liable for the tax. Organizations involved in Bitcoin mining need to pay income tax on their business activities though these companies are exempt from VAT. That said, there is no capital gains tax on Bitcoin. The Slovenian government has adopted a positive approach towards Bitcoin with its Prime Minister, even praising different crypto startups and blockchain technology ventures on various occasions.

Malta: The economy of Malta is primarily dependent on the Port trading but of late, the country is putting extra efforts to attract other industries to its fold, including the crypto industry. The government is quite open in its crypto policy and enthused by encouraging policies of the Government, the Binance (the largest cryptocurrency exchange by volume) shifted its base to Malta in 2018. There is a regulatory authority called Malta Digital Innovation Authority (MDIA) responsible for the crypto regulatory framework in the country. The country has the vision to become “The Blockchain Island,” and it is rolling the red carpet for financial technology companies across the globe to come and start their business venture in the country.

Singapore: The list cannot be completed without the inclusion of Singapore. The country has a vibrant economy and is counted among the global financial hubs besides distinguishing the world’s most advanced and technology-ready country. The country considers Bitcoin not as a currency but as goods, which means companies dealing in Bitcoin have to pay GST to the government. The Singapore government is quite friendly towards the Bitcoin and other cryptocurrencies, explaining why the country has emerged as a preferred destination of many crypto organizations.

There is no doubt that the adoption of cryptocurrencies is gathering the pace across the globe. The mass adoption of Bitcoin and other cryptocurrencies depends upon the attitude of the government towards digital coins. Friendly regulations and tax regimes are a prerequisite for a vibrant crypto 다운로드 ledger live and that is something all stakeholders, including government and regulatory agencies, should strive to create for wider adoption of the crypto digital coins among the masses. Although, If you want to make a huge profit from Bitcoin trading, Then you should know about one of the innovative platforms and one of the best Bitcoin Robots – Bitcoin Era. To know more about it you can also check out Bitcoin Era Review by an expert. 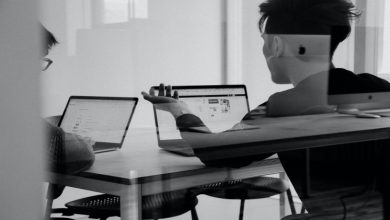 Is Acquiring a Business on Your Radar? 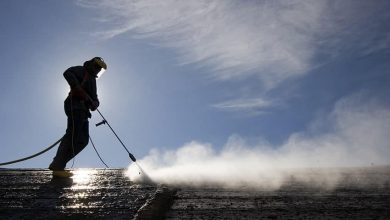 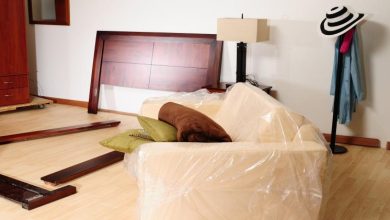 How to Protect Your Walls While Moving Furniture 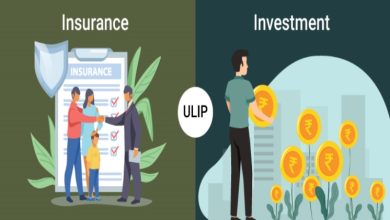